1. Is Nathan a reliable or unreliable narrator of his own motives and story? What can we say with certainty that we know about him or his actions in the film?

2. Does Caleb ever do anything we would consider truly unethical? Does he “deserve” his end?

3. Speaking of the ending – how many legitimate storylines can you draft for the final scenes in the film? (“Legitimate” means the words and actions on screen as well as the previous scenes can support the storyline you suggest without breaking people’s expectations for story structure, honesty, or common sense.)

4. Do you think there are any plot holes in the film?

5. Before Ava “puts on” the skin of the other robots, do you think she passes the Turing Test? In other words, is her sentience/conscious awareness enough to allow her to exist with humans, or must she also take on the form of humanity?

6. Kyoko is a disturbing character to watch. What do her interactions with the other characters show us about Nathan, Caleb, and Ava? And about herself?

7. If you say it fast enough, Bluebook sounds a lot like Google. The similarities were thinly veiled. What does the film say to us about the dangers of our technophilic world?

1. Nathan isn't a reliable person because he doesn't tell his true intentions by doing the IA experiments and why he needs Caleb. We could say that he is really intelligent but he lacks ethical values because the way he experiment with his IA's and cheat Caleb.

2. He didn't nothing unethical he just appeals to the human essence the search of freedom. He didn't deserve that final because he was cheated, even if his actions had selfish intentions.

3. Ava will keep watching the humans interactions, discovering new experiences. In the case of Caleb he could enter to Nathan's computer to go out and start searching her.

4. We think that the end was unfinished and that the relevance of Kyoko was unclear.

5. Yes, "she" will approved the Turing Test with Caleb or other human.

6. About Caleb, she realized how "good" he was, so she "show" him the truth; about Nathan, she look him as his owner doing all what he wants before the final; and about Ava, Kyoko was reflected on she, that was the reason because she helped her.

7. Maybe we are vulnerable to the technology, at any time something like this could happen, so we need to prevent or to be prepared. 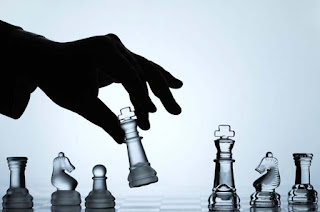